We projected the story of ‘Fiere Margriet’ on a small but charming street (Eikstraat), during Leuven in Scène 2012. ‘Fiere Margriet’ (Proud Margriet) is an old legend from Leuven. In short it tells the story of a young lady who gets mugged and killed by a gang of thieves. They dump her into the main river in Leuven, De Dijle. Her body doesn’t sink however, but floats miraculously upstream, surrounded by a magical light.

In their making-of video gives an idea on how ReconstructMe was used to digitalize the womans body in different poses.

And here is the original picture: A while ago, I’ve posted a scan of myself on SketchFab. The nice thing about it is that it is possible to integrate a 3D viewer in your browser:

This should work with any modern browser.

Mark Florquin has uploaded another beautiful set of 3D scans animated through a turntable move. Here’s the video

And this is the final result Mike Moceri and Tom Burtonwood collaborated on a project that premiered May 26th at The Southside Hub of Production for the exhibition “On Making Things Matter”. We 3d scanned (with the Kinect, Reconstructme + Netfabb) visitors at the opening reception and then 3d Printed them with a MakerBot Thing-O-Matic. All the “portraits” we scanned are uploaded to Thingiverse to share with teh internets. We have also scanned portions of the exhibition and the interior of the building and we will be installing 3d prints of these vignettes over the course of the exhibition.

Mike attended the Zhou B. Art Center in Chicago participating in an event called Facemask. More on this including a video stream can be found here.

More information. including an embedded 3d modell, can be found on Mark’s blog post.

MagWeb dropped us a note about his latest reconstructions of altars using the new multi-volume stitching method. He calls Reme the “by far the fastest [scanning] system for big stuff!”. Here are three reconstructions made by multiple 300cm volumes. Enjoy! 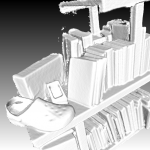 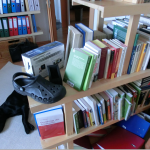 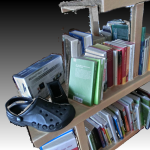 Darnell Williams notified us about this beautiful multi-volume reconstruction of a woman. The best part of it: it took less than 20 minutes from scan to render. Amazing! Here’s the result

In case you have a reconstruction you want to share with us – let us know by sending a mail to info@reconstructme.net.

Mark recently uploaded a scan of Doll made using ReconstructMe and ZBrush for texturing. The result looks amazing

3D scanning is usefull for reproduction & preservation. The model was scanned with the Asus Xtion Pro Live 3D Camera en processed live on a laptop with ReMe Software. Pictures were taken with a Nikon D700 for texturing in Zbrush. Using the Spotlight feature in Zbrush the textures were applied on a subdivided mesh and retopologized. 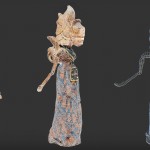 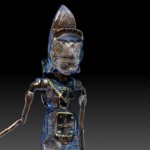 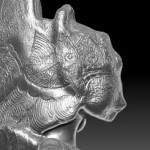 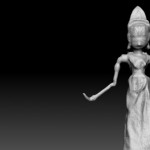 Images by Mark Florquin. More information alongside with screenshots are available in his blog entry.

I asked him for a statement on the required post-processing. Here is his full answer quoted.

[…] I’m impressed with the perfomance of ReconstructMe! Can’t stop scanning.

[…] After a few scans I found myself moving away from stiff “standard poses”, to more inspired ones, like a photographer would do. Its so much fun, scanning in 3D!

[…] Some post-proces info: I’ve applied smoothing here and there in Zbrush in addidition to Standardbrush adding – substracting to enhance the wrinkels in the clothing. Then scan was made with the “human” config settings, The face comes from a different scan.

More on his blog.

The long night of research (in German “Lange Nacht der Forschung”) on Friday last week was a great success for PROFACTOR and ReconstructMe. We had around 300 people visiting and exploring our robotics, nano-tech and chemistry labs. At the ReconstructMe booth we had a lot of fun reconstructing our visitors and enjoyed the in-depth discussions with potential users and developers. What really surprised us was how quickly people learnt to use this new technology to scan their family members.

We used the swivel armchair setup to speed up the reconstruction process and provided each visitor a personalized 3DPDF containing an embedding of their reconstruction. Here are two such samples: one, two (Acrobot Reader required to view the embedding)

Here’s a video made at the event